How to fix a leaking shower

Question: How do I fix a leaking shower?

Answer: Even the most professional plumbing installations can suffer from issues over time. Constant use and wear and tear may lead to a fault with any plumbing setup especially in busy homes and businesses. If you have a leaking shower then your first task is to diagnose exactly where the leak is happening.

Leaking showers are often caused by a faulty shower cartridge or valve. Additionally, a shower leak can occur where water escapes from the shower unit and enters into the walls, or runs down the side of the shower tray.

In terms of leaks from the shower head, this is often caused by hard water because it leaves debris and builds up over time to overwhelm the cartridge. If you showerhead only leaks when the shower is switched on then this is a clue that the issue is with the showerhead itself. However, if you have a leak underneath the tray, this could also indicate faulty pipes, a blockage causing an overflow, or perhaps even gaps in your seals.

To fix a leaking shower we recommend that you call a professional and reliable local plumber such as Synergy Plumbing Services. We can diagnose the exact cause of the leak. If it turns out that the leak is caused by a faulty shower cartridge, we can replace it. We can also replace or re-seal shower heads, pipes, and shower trays. It is always best to call in an experienced plumbing professional because they will have the correct tools and know-how so that the problem is not made worse. Wherever a leak is concerned, you should seek to get the proper attention straight away. Delaying could cause the problem to get worse, leading to more expensive bills.

Synergy Plumbing Services are bathroom specialists. From disabled access bathrooms to commercial spaces, all the way through to stunning domestic bathroom refurbishments; we are the team that you can trust. Synergy serves areas in Leicestershire such as Loughborough, Shepshed, Hathern, Kegworth, Quorn and North Leicester.

If you would like to discuss a small shower leak or a complete bathroom overhaul such as adding a wet room, a heated towel radiator, LED lighting, tiling or flooring, our professionally skilled engineers can help you from design to completion. We can also advise on the latest styles such as low-rise shower basins and beautiful fixtured and fittings. 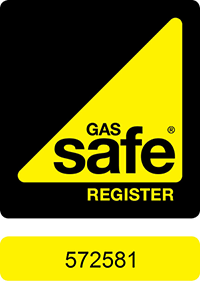 We use internet 'cookies' and similar technologies to collect data and improve the user experience. We never pass it on to other companies for marketing purposes. To learn more, and how to change your settings or delete cookies, please view our Cookies & Similar Technologies Policy. By continuing to use this site without changing your settings, you consent to our use of cookies and similar technologies in accordance with our Privacy Policy.